I wanted to start experimenting with making more functional pieces of tableware whilst still using the theme of urban decay, as I thought this would be a really interesting contrast. To begin with, I made some coasters, and the pictures below show the process: 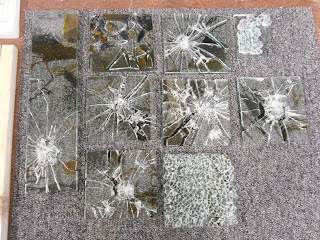 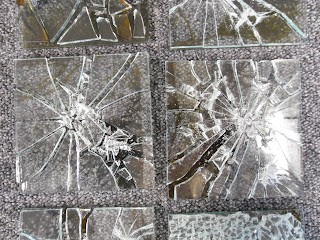 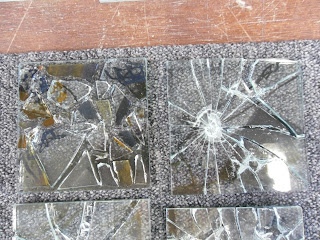 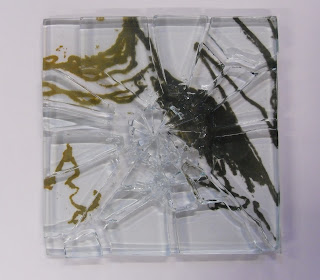 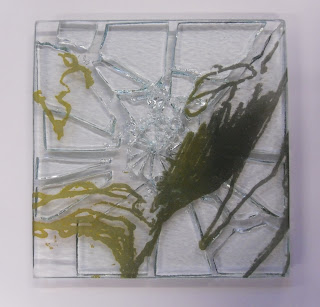 The colours from the screen-printing faded drastically after the second fuse-firing, which was really disappointing and meant they did not turn out how I had hoped they would. 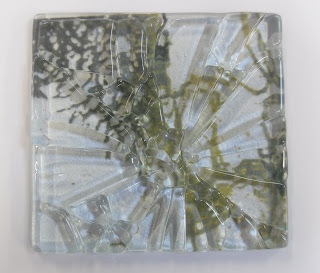 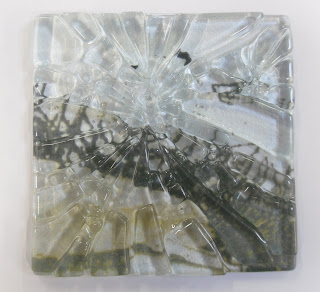 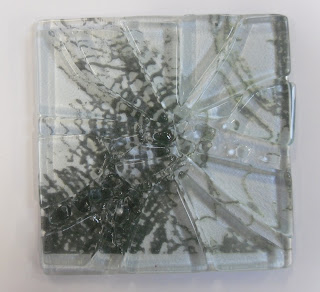 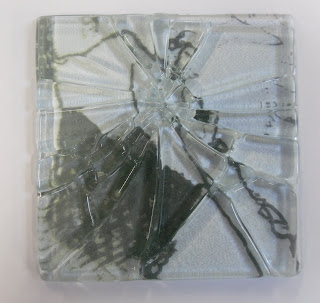