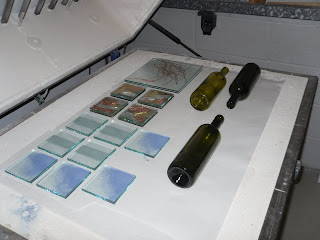 (The two on the right are joined together!) 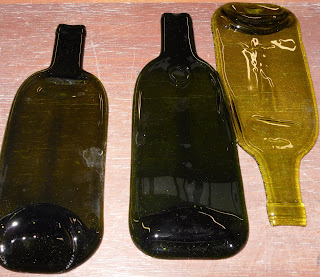 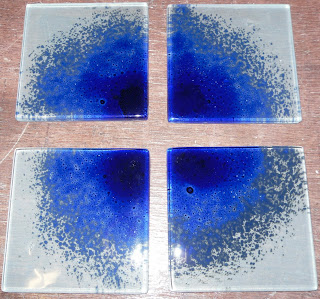 I had some spare glass left over and I decided to just try some new coasters which I could do reatively quickly. These were simply enamel between two pieces of glass, and after they had come out of the kiln I then sandblasted the back of the blue ones above, and one side of the ones below. They are not my favourite, but it was good to try something different. 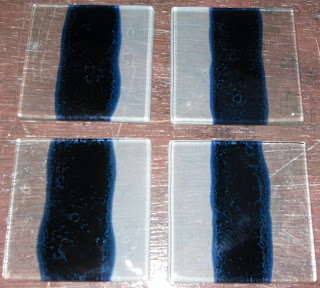 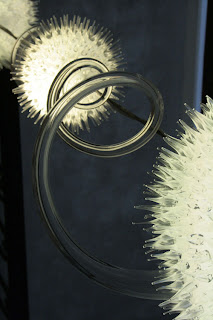 Stained glass was the first new technique that we learned in second year, and it coincided with our Inspiration brief. I had done initial research on a few artists for inspiration and James Lethbridge was one of them.

For my stained glass 'cartoon' (accurate template for the glass to be cut to), I simply photocopied a page of my sketchpad on which I had drawn one of James Lethbridge's pieces, and using the lines within the drawing, separated it into sections which would then be the pieces of glass. 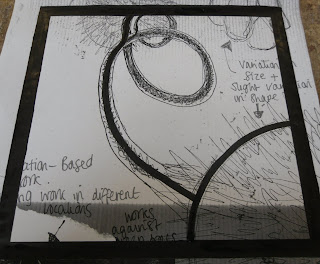 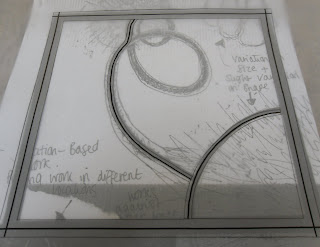 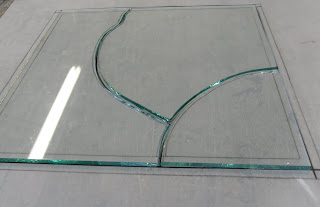 I worked on the glass in a variety of different techniques; the first being screen-printing (black), which directly transfers an image onto glass. I chose sections of the drawing that would be screen printed, as I wanted build the image up in layers, and I decided to leave the text on, as it would then be a working drawing, and I thought it would add to the sketchiness.

The second layer was silver-stain (yellow/brown), which I think adds a depth to the glass: 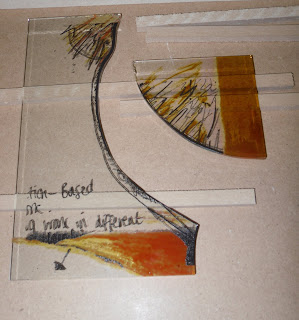 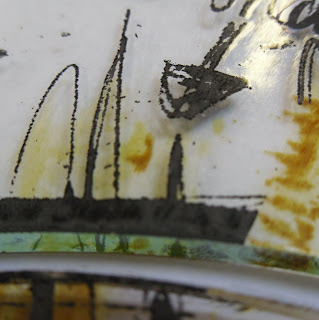 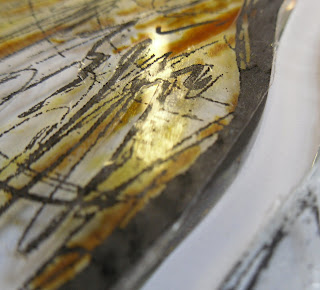 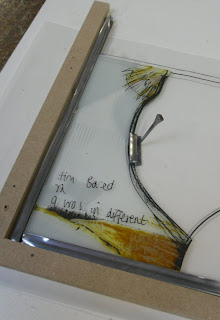 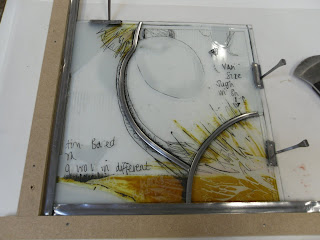 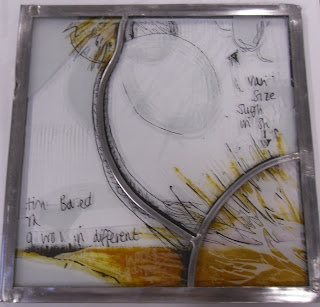 I'm really happy with how this panel has turned out, particularly the bottom half simply because of the colour and the depth that has been created with the layering effects. 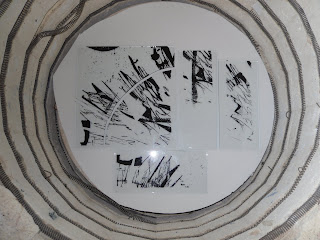 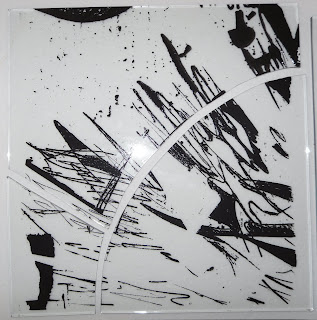 As I liked the bottom half of my first stained glass panel so much, I decided to blow up the same drawing I had used initially and do another panel just of this section on a larger scale.

I used the same processes; screen-printing, silver-stain, sandblasting and engraving: 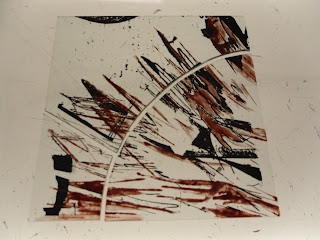 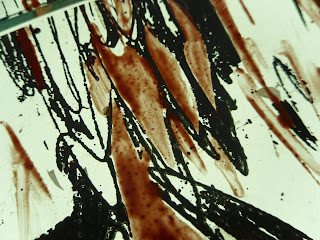 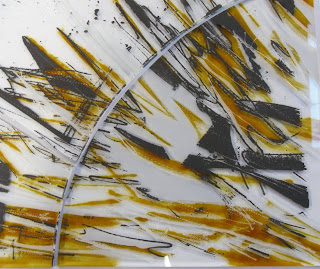 These photos below were taken on a wooden table rather then the white background on the photos above because it shows up the sandblasting and engraving where the previous photos don't. 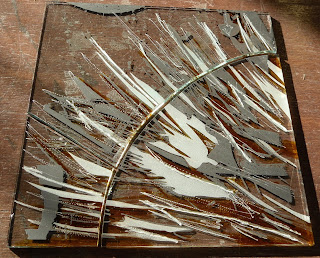 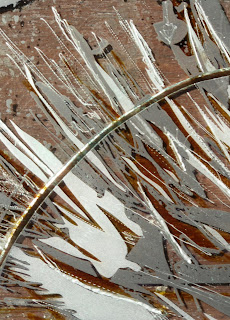 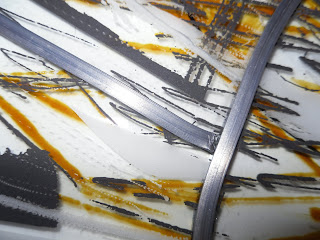 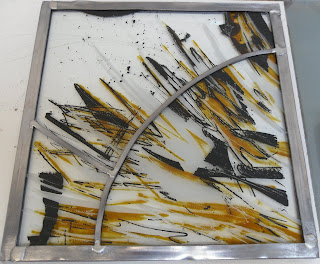 I much prefer this one to my first attempt, I think the first one had a bit too much clear glass on it whereas this one has much more going on and is vibrant and exciting.
Posted by Emma Olivia at 10:44 No comments: