I love to screen-print :) as you may have worked out, and I thought I would screen-print some of my drawings I had done of decaying things, like eroded bark, rusted metal bolts and peeling paint. 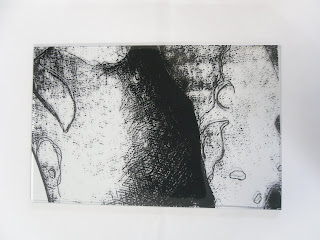 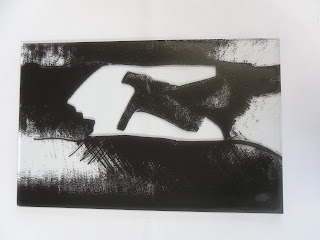 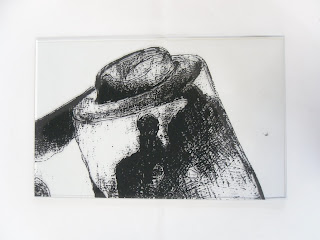 One of these images was screen printed in silver stain, and so turned a lovely browny-amber colour during the firing. As I wanted to continue experimenting with laminating glass, I decided to try laminating with UV bonding instead of resin, and instead of trying it with a boring bit of plain clear glass, I wanted to use screen-printed pieces. Here I have started layering the silver stain piece and the black pieces: 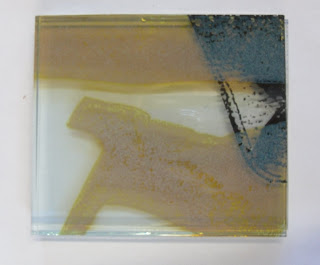 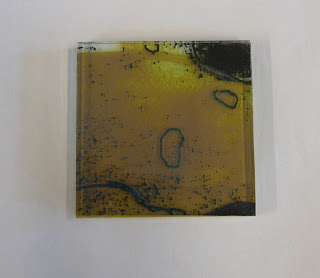 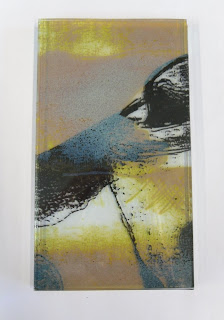 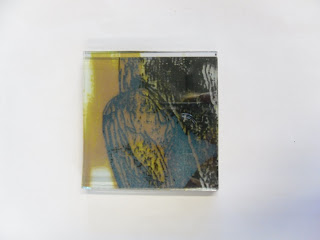 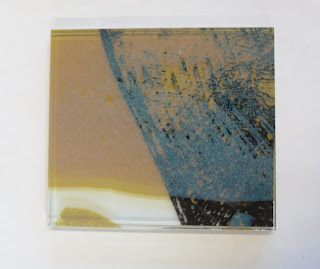 Really like the two colours together, and the depth that is created through the layering. The next step I wanted to try was to laminate smashed glass with UV bonding rather than resin. The piece below shows my first attempt at this, and immediately after I had done this I absolutely hated it! 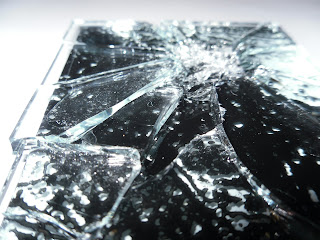 I hold the opinion that glass always looks better after it has been sandblasted- it is something I have always thought ever since first year. So I decided to sandblast it and wayhey- an improvement! Still was not overly fussed but it seemed to attract a lot of attention from passers by when it was sitting on my desk so that says something! 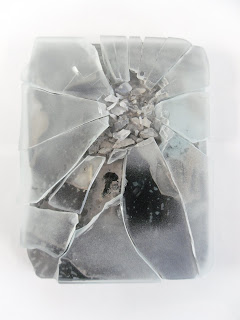 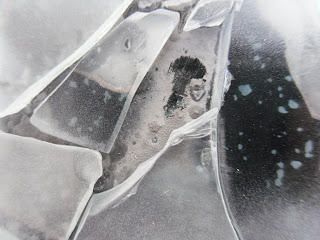 In some cases too I also tried adding pieces of bark to the smashed layer- aiming to trap the bark on the inside with the smashed pieces: 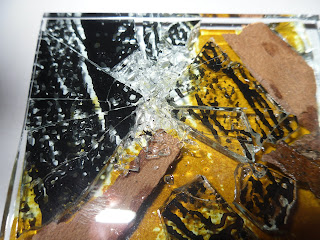 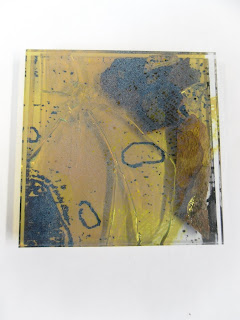 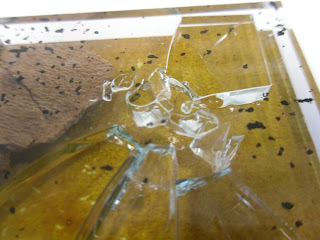 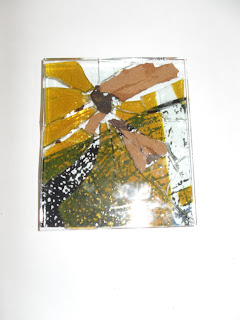 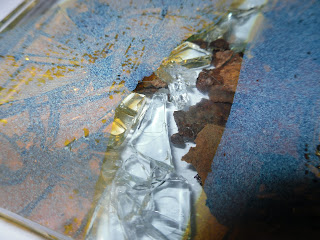 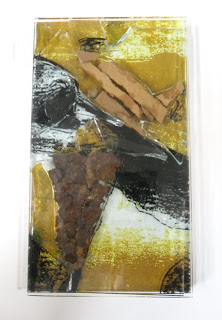 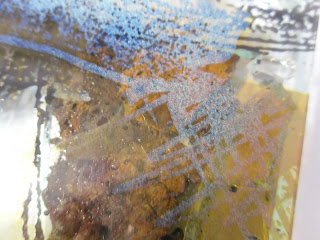 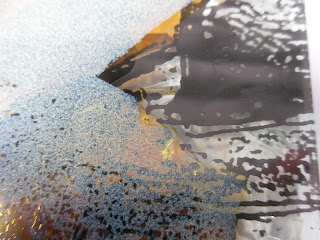 Sticking to my guns, I headed to the sandblaster and focused mainly on sandblasting the edges and corners of the pieces relatively deeply to create an 'eroded' effect. I didn't want to sandblast any of the front or back really, as the detail of the inside layers would not then be visible.

The pieces after sandblasting: 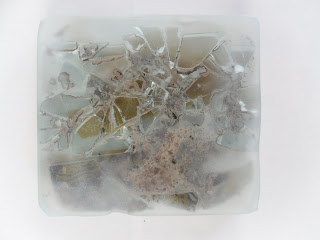 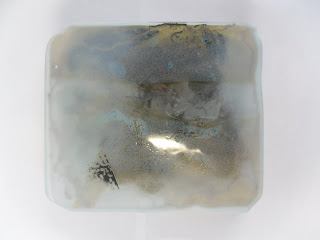 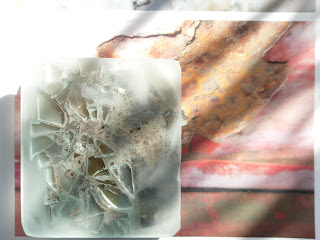 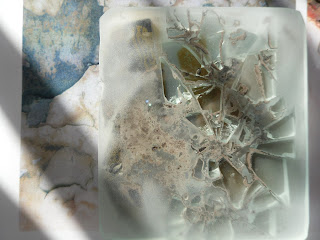 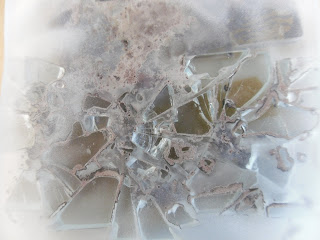 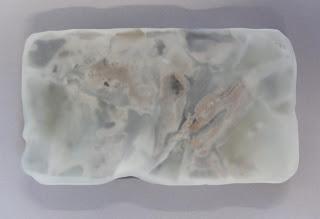 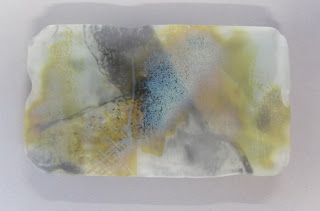 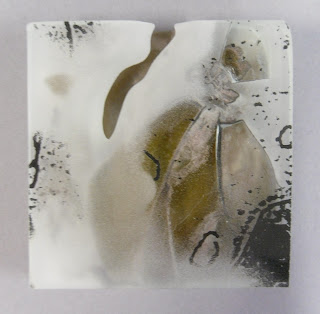 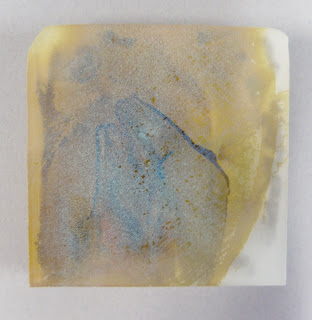 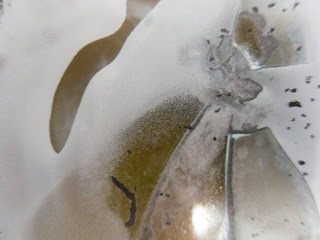 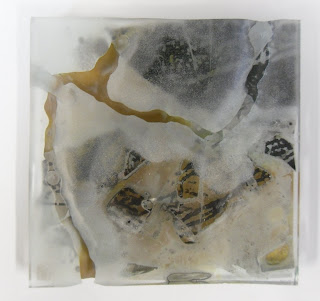 Really really happy with the results of these test pieces- I really feel as though they are capturing the textures that I was aiming to capture all along :)